Why are no businesses willing to invest in Zhaoqing?

Why are no businesses willing to invest in Zhaoqing?

Is it because the civil service is not up to standard?

Is it because there are too many exorbitant taxes?

Why is so much land idle in Zhaoqing that businesses in the United States, Europe and Japan are not willing to invest and set up factories in Zhaoqing?

Zhaoqing, Guangdong Province, is striving to develop industry and is engaged in industrialization.

We very much hope that developed countries will invest in Zhaoqing.

Zhaoqing has a huge amount of land resources and water resources, and its traffic location is not too bad.

Zhaoqing is also suitable for the export industry and the establishment and growth of export companies.

Zhaoqing is too poor. Due to the lack of industrial investment, the level of urban construction here is as backward as that in Africa. Compared with the Pearl River Delta, there is a huge gap.

The people of Zhaoqing are also too poor. Many people have not found jobs in Zhaoqing and need to go to the Pearl River Delta to find jobs.

Cheap human resources and cheap land support have been idle.

Most people in Zhaoqing need to work outside.

If the state does not invest and foreign investors do not invest, Zhaoqing cannot complete the early asset accumulation and early industrialization investment.

Zhaoqing has been rolling at a low level.

Without the help of external forces (state, foreign capital), it is difficult to start the industrialization process.

The accumulation of industrialization is almost zero.

Zhaoqing has been engaged in tourism for 30-40 years, and its total tourism income ranks 3-4 from the bottom of Guangdong.

Over the past 40 years, we have completely missed the industrialization wave of reform and opening up.

In other places, industrialization has been completed,

Zhaoqing has not yet started industrialization and modernization.

When you enter Zhaoqing, you are like entering Africa, Ukraine, Syria. The industry is backward, the roads are broken, the people are listless, and the whole city is lifeless,

This place is like being cursed. It has no vitality and no development.

Zhaoqing has a large number of economic factors and has not invested in economic construction. Resulting in a large amount of waste of resources.

Zhaoqing needs foreign investors from all over the world to invest,

We sincerely invite businessmen to come to Zhaoqing to set up enterprises and factories.

Zhaoqing has issued a series of preferential measures to attract foreign investment. The people of Zhaoqing hope to change this backwardness.

I hope Zhaoqing will get better in the future. 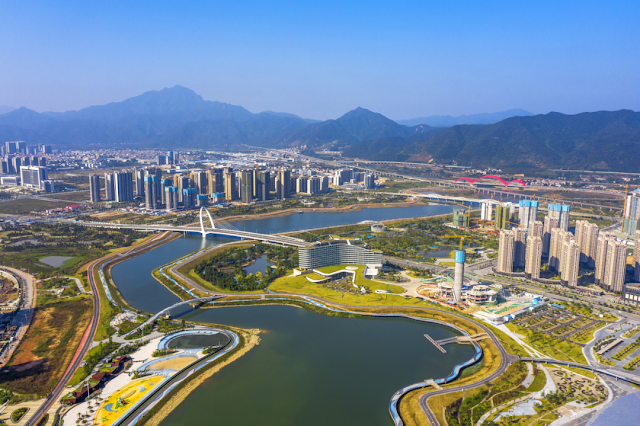